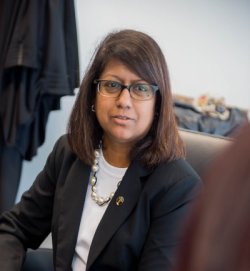 How Do I Handle Neighbour Dispute

Guide of Harrasement in Singapore

Protection From Harrassment Act (POHA) – What You Should Know

4 Months and $3,000 For Laksaboy Server’s Middleman

Your Child and The Law

The Accused stole five cheques from his grandfather’s bedroom drawer in their shared home, amounting to the abovementioned $31,000. The Accused also stole cheques that his grandfather had pre-signed and cashed the same, however, Court documents did not state the amount that the Accused had stolen through this avenue.

Subsequent to this incident, the Accused met with an insurance agent and signed policy documents for which he was to pay $7,200. The Accused requested to make the payments by way of instalments which the agent refused, instead, the agent arranged to personally loan the Accused $3,600 for which he was to repay $300 monthly. However, he did not do so. Once the agent caught wind that the Accused had defaulted on the initial payment and loans, she contacted the police and made a report.

On 21 June 2022, the lawyer for the Accused, Mr. Kevin Liew of Gloria James-Civetta & Co informed the Court that the Accused was remorseful of his actions and had made amends by way of restitution. A psychiatrist report that had been provided also stated that the Accused was willing to change his behaviour and seek treatment.

However, with the Accused’s mitigating factors in mind, the Court found that the Accused had been assessed to be suitable for probation and sentenced him to 21 months of probation whereby he is to remain indoors from the hours of 10 am to 6 pm daily. Alongside probation, the Accused was also sentenced to 80 hours of community service for both charges.

What can we do for you?

Should you have any questions or would like more information, please contact our criminal representation lawyers at 6337 0469 or email us at consult@gjclaw.com.sg
Let us help

Crime of Voyeurism in Singapore – Changes to the Offence (2022)

Facing Molestation Charges – What you need to Know

Leave your information and one of our lawyers will get back to you directly.

Let us help you.

If you or a loved one is facing criminal charges and would like more information on criminal motions, kindly leave your information and one of our lawyers will get back to you directly.